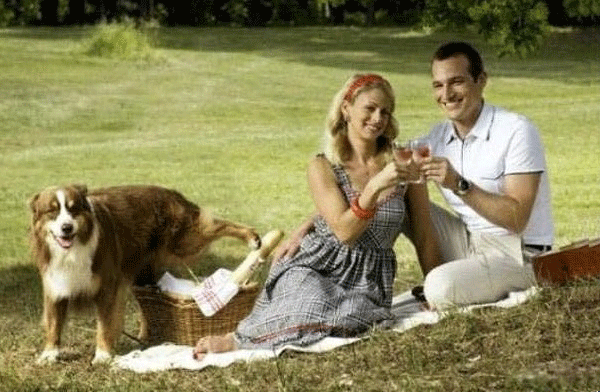 The biggest difference between humans and dogs is not that we reason, and they don’t. If you want to observe rational behavior, look at the dog. If you want to see an emotional response, watch the owner.

Some animals, other than humans, do reason. They have well-developed brains and are goal-seeking. They acquire, store, retrieve, and process information. Additionally, research shows that other animals than humans understand rules. In other words, they understand that a series of events must happen in a particular sequence to produce a specific effect.

Animals of many species are capable of solving a broad range of problems involving abstract reasoning. The problem is that most of our research projects into animal cognition either adopt a behaviorist approach—its conditioning methods nearly turning other species than ours into automatons—or focus on particular human characteristics like speaking and counting.

The standard depiction of the ladder of nature, on which the various species occupy successively higher levels, places humans at the top. However, species have distinct kinds of cognitive processes depending on how they have adapted to their different ecological niches.

That brings us back to Darwin—the difference between humans and other animals is “[…] one of degree and not of kind.” (1871 in “The Descent of Man, and Selection in Relation to Sex.”)

Featured image: The biggest difference between them and us is not that we reason, and they don’t (by D. Myers).

Learn more in our course Ethology. Ethology studies the behavior of animals in their natural environment. Therefore, it is fundamental knowledge for the dedicated student of animal behavior as well as for any competent animal trainer. Roger Abrantes wrote the textbook included in the online course as a beautiful flip page book. Learn ethology from a leading ethologist.