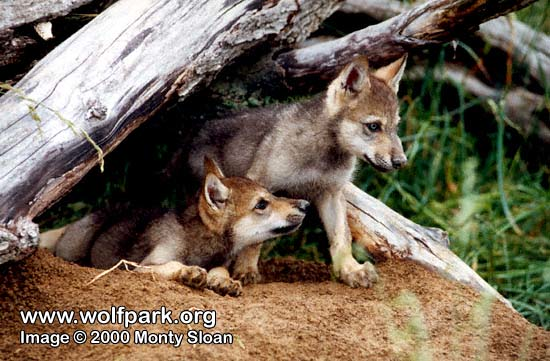 Why do dogs eat their own poop? I’ll come back to this question, but allow me an introduction which I think might be relevant for your further studies of behavior. I believe that a little more knowledge about evolution and the processes that bring traits about, including behavior, would reduce drastically the number of erroneous explanations of the behavior of our pets. It would also spell the end of many old wives’ tales

I find on the Internet one horrendous explanation after the other, which the authors could avoid with a 101 course in Evolution. Even scarier is to read some rebuttals of perfectly scientifically valid accounts because of blatant ignorance.

That is why we offer our course ‘Evolution’ free of charge. Our students are doing very well. They have taken the test 753 times since Darwin’s birthday last year (February 12). Students try to take tests several times. We discovered that they took (and take) tests like they play computer games, which is perfectly all right. While playing, they learn. Therefore, the records show an alarming 55% of failed tests (412 tests) because many do attempt to take the test without reading the book. In the end, 86% have passed evolution. That is good (and this figure will be even better, closer to 100%) because those who failed are still attempting to pass—to win the game). 42 students (6%) have even scored 100% correct answers, which is brilliant (and difficult).

So, knowledge to everyone everywhere is working—and congratulations to our students. You are the brave ones creating a new world with the help of knowledge—not the sword.

The following questions are those that our students find more difficult. Here’s some help for you.

I will give you now two examples of how a bit knowledge of evolutionary biology can help you analyze statements and avoid making claims that don’t make sense or are very unlikely to be true.

Why does my dog eat its own poop? That is a common question that I have been asked many times. Here are some popular answers.

Explanation 1: The dog knows that fewer predators will pay it any attention if there is no evidence of his having been around.

Is this probable? First, adult canines in nature are not particularly predated by any other species. They tend to defecate where that can, sometimes even using it to scent mark their territory, which is anything but concealing it. The only occasion where this occurs is when canine mothers eat their puppies’ feces while they are still in the den. The function of this behavior is to keep the den reasonably clean, free of parasites, and probably also odor free. Evolutionarily, those that didn’t do it suffered more cases of their progeny succumbing to disease. It might also have reduced the scent signature of the den helping it remaining concealed, but again that would only have been an advantage where predators with a reasonable sense of smell would share the same environment. It might have been beneficial for the Canis lupus lupussharing their environment with bears (family Ursidae).

Conclusion: it is unlikely that dogs eat their poop to conceal their whereabouts from predators except for mothers consuming their puppies’ feces.

Explanation 2: He (the dog) knows that removing the evidence means no punishment for inappropriate elimination.

Is this probable? To be true, it requires that the dog associates the feces with the punishment. How probable is it that the dog associates its the act of defecation with the punishment from an owner arriving at the scene maybe 1-8 hours later? Natural selection has favored associations broadly spaced in time, but only for vital functions, like eating poisonous substances. There is evidence that the organism retains a kind of memory of anything that made it sick even occurring many hours later. However, we cannot envisage any situation in which it would be unconditionally and evolutionarily advantageous for an animal to associate defecating with a non-lethal punishment inflicted by some other animal. Natural selection would only favor it if the achieved benefits exceeded its costs grossly. It is true that insecure animals tend to keep a low profile, also restricting their urination and defecation to less-prominent locations, but not by eating it.

Conclusion: it is definitely possible to condition an association between feces and punishment, but I doubt we can teach any dog to eat its feces to avoid punishment. There is no evidence that eating own poop has been evolutionarily advantageous.

Why do dogs eat their own poop, then? I don’t know. You may need to ask a vet, and now you are in a better situation than earlier to evaluate any answer you may get because you know how to analyze an argument from an evolutionary point of view.

Featured image: Canine mothers (wolf, African wild dogs and domestic dogs) eat their puppies poop when they are still in the den. The function of this behavior is to keep the den fairly clean, free of parasites, and probably also odor free.